"I'm neither traitor nor hero. I'm an American." Snowden.

"Seeing someone in the position of James Clapper -- the Director of National Intelligence -- baldly lying to the public without repercussion is the evidence of a subverted democracy." Snowden

"Truth is coming, and it cannot be stopped." Snowden.

"Being called a traitor by Dick Cheney is the highest honor you can give an American." Snowden.

Posted by Cato Friedman at 7:30 AM No comments:

OutKast Rapper Big Boi On His Support of Freedom

Big Boi, the Grammy award winning rapper of the OutKast duo, went onto a radio station recently to speak about being the victim of "subtle" racism. He tells a story of how a woman, right after Obama won reelection, told him "congratulations on ya'll win last night." Big Boi's classic response, "Bitch, I voted for Gary Johnson."


Recently, in an interview with Pitchfork Media, Big Boi stated he is not "pro-government," he is "pro-people." He went on to state "Our freedoms are getting taken away every day with things that people aren't aware of, like the NDAA." The NDAA of course is in reference to the defense authorization act passed in 2011 and signed into law by President Obama which included an amendment permitting the executive branch the power to indefinitely detain American citizens anywhere in the world, including Guantanamo Bay, without a trial by jury.

Big Boi could not be more right. Strip away the partisanship and the politics and the lies, and you can start to see the system for what it is, openly corrupt. Big Boi recognizes that. He sees it. He is not libertarian, you cannot classify him, but what he is, is open. Open to ideas and facts. He is not preconditioned to oppose what one side says and blindly support another. As Big Boi says, it doesn't matter "who's black or who's white or who's Republican or Democrat," you have to vote for the betterment of the people."

Surgery Centers in Oklahoma have become more prevalent. They have a very different business model from the large hospitals. They are more efficient, they do not exorbitantly overcharge like larger hospitals do, and they have all their prices for different operations listed and available to the public right on their website.

They often charge half or even 6 times less than what the large hospitals charge! How do they do it? Insurers are eliminating employee healthcare deductibles if they choose to go to the surgery centers. It is so efficient, everyone saves money, the insurer and the patient.

Great video below describing the healthcare process below. Video by Reason.com


Insurance has no market controls. Hospitals have every incentive to be wasteful, to over-prescribe, over care, and over recommend for costly surgeries. This isn't good for patients, who often have to pick up a large portion of the tab.

read more about this here.

I AM A PATRIOT

I am a patriot. I love the United States. I would get goosebumps when the national anthem played before my high school football games. I have an American flag with the name of every person who died in the 9/11 terrorist attack, I have a Gadsden flag hanging proudly next to my bed. I dressed in a full-body blue spandex suit and wore an American flag as a cape for Halloween. I am a patriot. Every time I walk into Suffolk University Law School, I look up at a massive American flag which hangs in the atrium and am filled with pride. 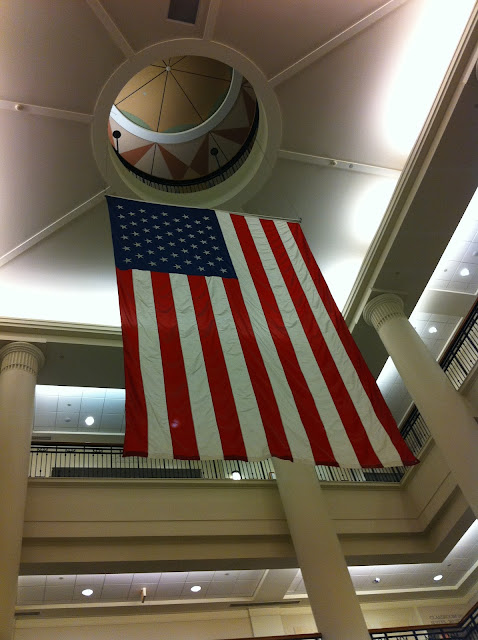 I do not say these things in an attempt to say "I am more of a patriot than you," or to imply that there is something wrong or un-American about not having six American flags at your house. I get frustrated when ad-hominim attacks are made on people saying they are not patriots, it is often a tool used by people to diminish other people's arguments without actually addressing the argument.

A professor at my law school sent out an email to the University and student body opposing donations to the troops. It was a large public relations mess and made national news. People lambasted the letter for being unpatriotic. Also, in the letter the Professor mentioned his views on displays of nationalism and patriotism.

"We need to be more mindful of what message we are sending as a school. Since Sept. 11 we have had perhaps the largest flag in New England hanging in our atrium. This is not a politically neutral act. Excessive patriotic zeal is a hallmark of national security states. It permits, indeed encourages, excesses in the name of national security, as we saw during the Bush administration, and which continue during the Obama administration. Why do we continue to have this oversized flag in our lobby?" Source

The Professor's opposition to a national security state is patriotic. He also cited nationalism as being dangerous. Indeed, a blind support for the "nation," i.e. the government, no matter what actions the nation takes, is not patriotic. It is dangerous. It is how "we the people" become ruled by the nation, not the other way around. Do not let this view of patriotism, this "patriotic zeal," be what patriotism is defined as. You do not have to agree with someone for them to be a patriot. A patriot is not an ally, a patriot is not someone whose views align with the majority or align with your views or mine. A patriot fights for "we the people."

Congressman Ron Paul is a patriot. A patriot who has dedicated 26 years of his life to make this Country freer and more prosperous. Congressman Ron Paul exhibited brave patriotism when he spoke of peace and non-interventionism in the Republican primary debates for the 2008 Republican presidential nominee. He was booed by the crowd and attacked by the other nominees for speaking the truth. (go to 1:40)

Senator Sanders, the independent (socialist) senator of Vermont is a patriot. He fights for the people. His 9-hour filibuster speech on the Senate floor was patriotic.

"So the first point I would make is that it seems to me to be unconscionable--unconscionable--for my conservative friends and for everybody else in this country to be driving up this already too high national debt by giving tax breaks to millionaires and billionaires who don't need it, and in a number of cases they don't even want it." Transcript found here.

I believe every Occupier who takes time out of their lives to fight corporatism and crony politicians is a patriot. They fight for "we the people." 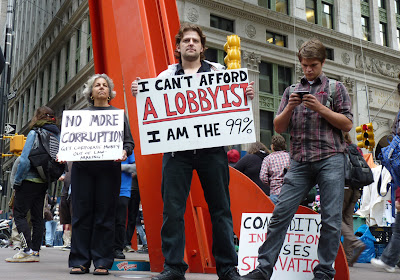 Those joining together under the Tea Party movement are patriots. They are fighting for all our civil liberties, thy are fighting against the over-expansion of the government ruling over "we the people." 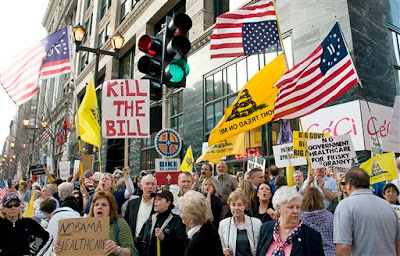 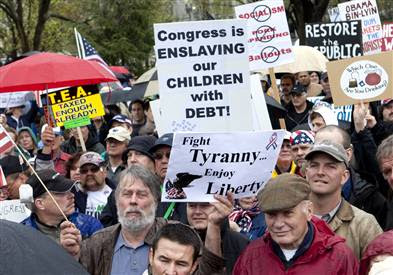 This man videotaping police officers pulling people over without any probable cause to believe they are doing anything illegal is a patriot. (at 4:10 the police bring in DA's to tell him to stop filming and the person shows them up)

Patriots are the final check on government, the check to ensure the government does not stray too far from the Constitution. Patriots are those who embody the second paragraph of the declaration of Independence, who fight for our rights and from time to time, when it becomes necessary, revolt. Patriotism is dissent, not blind support for the military, not a word for FOX News to employ to discredit opposing viewpoints. 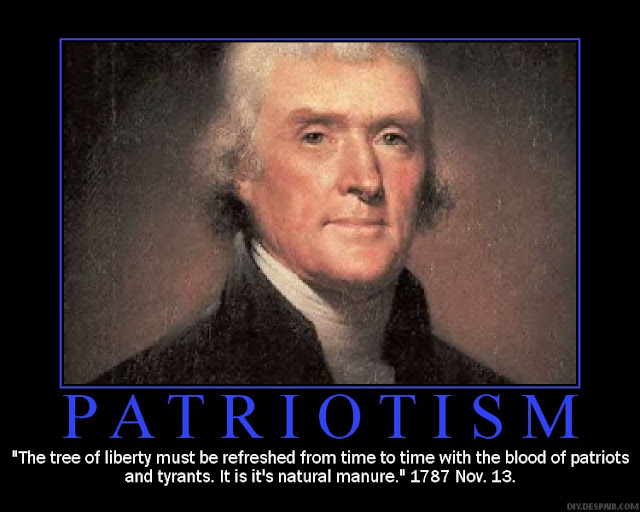 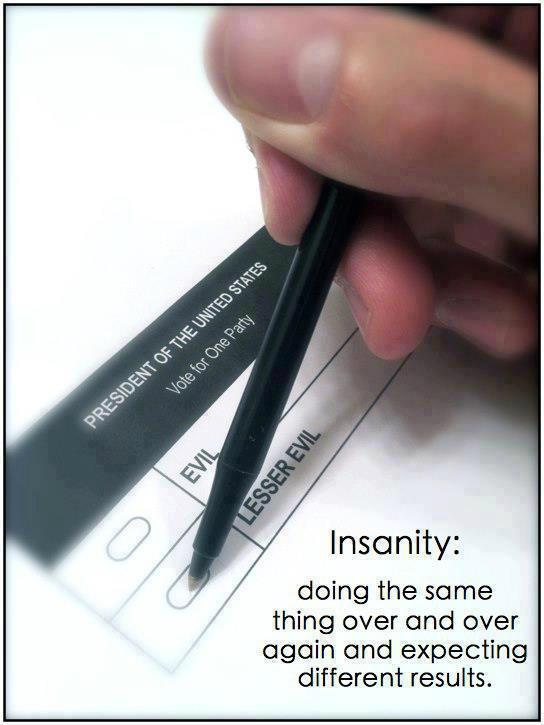 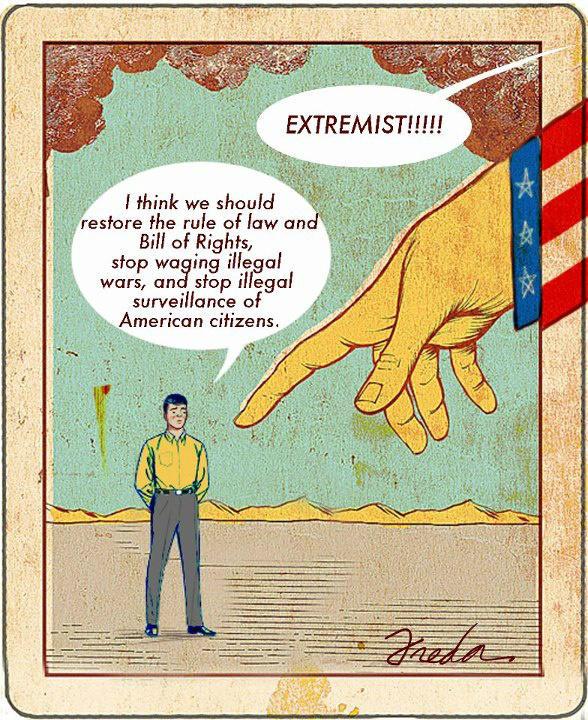 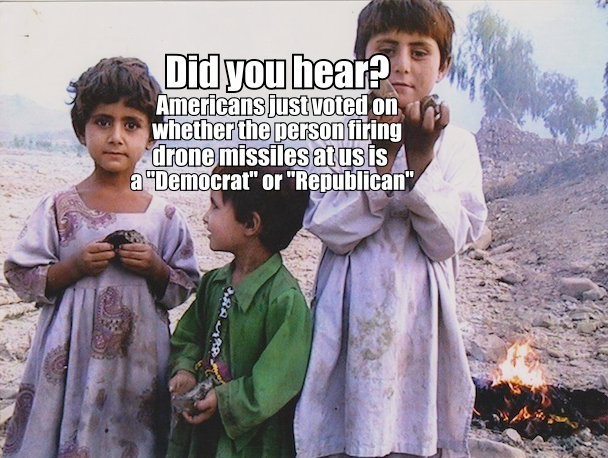 Posted by Cato Friedman at 2:11 PM No comments:

Go Check out these blogs people

Go Check Out These Websites